Welcome to the new SteveAwesome.com! As you may have noticed I’ve been redesigning my sites recently to rid myself of the old school “amateur” look that I purposely created several years ago. The amateur “style” is as stale as an unnamed rival photographer douche bag who can only take two or three good shots in a set of what must be several thousand. Really? Yes, really.

Ahem. So! Let’s talk about my new series of pornographic 3D video downloads!?

Well, as far as finding out the details about my 3D video downloads, there used to be my old MovableType blog which went to hell when I migrated to my new data center recently. That sucked major bigtime; however, I’m now registering and licensing with WordPress to give surfers the best possible Guest experience possible — hopefully just prior to their signing up for one of the Bionic Intelligence adult entertainment sites. 🙂

So, aside from WordPress, how am I doing that? Let me count the ways:

As usual, I’m shooting my 3D video downloads in full HD 1920×1080 using two Canon Vixia HF20 cameras. The 2-D version of the video is crystal clear and quite enjoyable. If you want to go 3D, I create a stereoscopic side-by-side (SBS) version of every video I create and make that available to you. The version we put online is glasses free (meaning you only need to cross each image over with your eyes — frequently referred to as the Cross Viewing or Cross Eye Method). Not everyone can do that, however, so we also make our videos available for the Nintendo 3DS and FujiFilm 3D cameras. You can play the video using their auto-stereoscopic screens and enjoy naughty antics as if there were tiny people fucking in your hand.

Here’s some teaser shots of our Texas Sex Gym shoots. The first release will star returning hottie PrettyPunkGirl. Our second will most like feature adorable super girl Jenna Suvari. If you can’t tell, we absolutely LOVE Jenna at the Bionic Intelligence studios. Best model, ever! 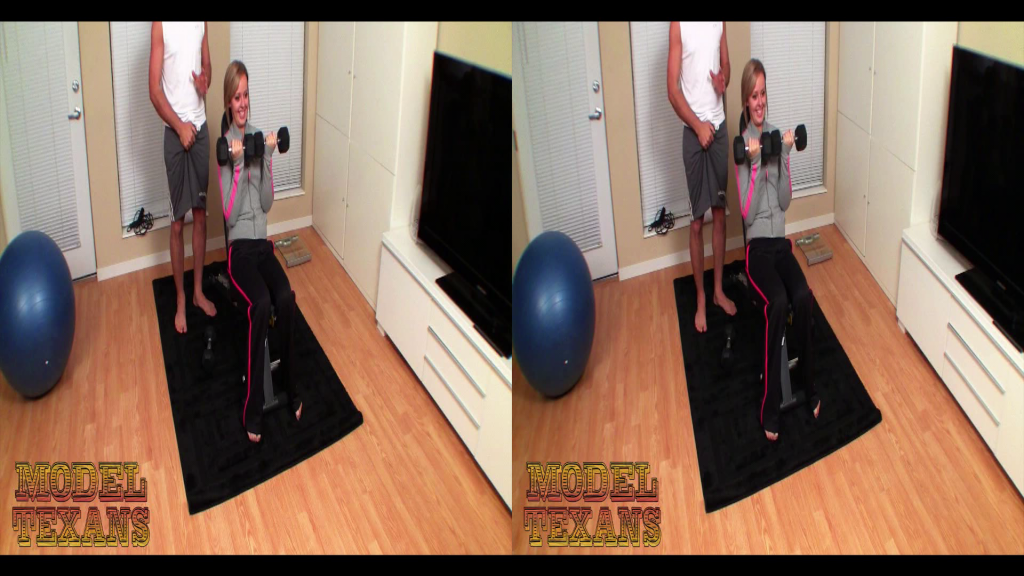