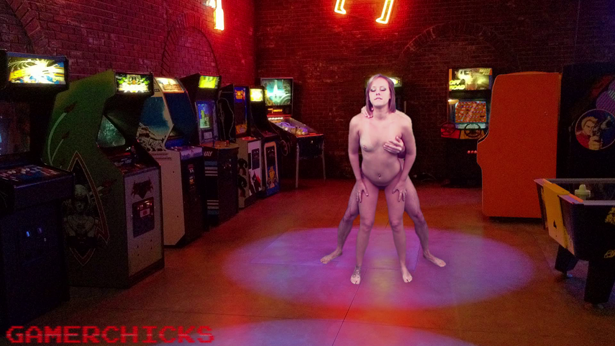 Jenna Suvari and Steve Awesome will soon be featured in the fictional Flynn’s Arcade through the magic of green screen and the laws of parody. Would two arcade players ever *really* hook up in an arcade? Actor Steve Awesome think so.

“Ever since I was a kid there was some electrical connection I felt with the arcade and the videogames,” said Awesome. “I’m turning that connection into a physical one by plugging myself into the scorching hot pussy of Jenna Suvari in as many ways as possible,” added Awesome.

Expect lots of interaction with the pinball machine’s tilt feature. It’s a feature, right? Only 1980s video games and pinballs were used. Galleries coming soon once post-production work is complete. As usual, this video will be made available in both 2D and 3D versions. Nintendo 3DS compatible video will be released on the same day. #winning